I started to breed Chihuahuas in Finland year 1984, when I had my first litter. I had already studied a lot about breeding and Chihuahua pedigrees, but I must admit, I was lucky since this first litter consisted of two bitches who later both became champions.

The one I left at home, FIN & S CH Misty Meadow’s First Fiancée, I would say was my foundation bitch. Later on, I bought a male (Multi CH Apocodeodar Billy Brag) and a bitch (CH Apocodeodar Heavenly Music) from Bill & Sylvia Stevenson, Kennel Apocodeodar,  in England. I am so grateful to them as I got the type I still value and treasure from these dogs. With these 3 wonderful Chihuahuas and some outside matings I created “my” line. I have after that bought “new blood” from abroad - Ballybroke, Yeosinga and Widogi - all from England. I have also had successful co-operation abroad with other breeders to get outcross matings.

Year 1996 was the year of changes for me. I got married and moved to Italy. My husband, Francesco Cochetti, and I of course met in a dog show. He is born into a “dog family” as his father was a judge and his mother bred Dwarf Poodles. Now he also breeds Chihuahuas under his prefix Di San Gimignano.

He is the president of Rome Kennel Club. He is a FCI All Round Judge, and needless to say he loves to judge Chihuahuas!

I breed for the love of Chihuahuas! Every litter is bred with the goal to improve the breed. I don’t breed for pet shops nor do I sell to puppy mills. My dogs have official vet-certificates for their knees(Patella Luxation) and some also for their eyes (PRA). No PRA case has been found in my dogs!

Our dogs live with us in the countryside, in fresh air and they get a lot of personal attention.

We have two daughters, Sofia (1997) and Sara (2000). Both love our dogs and they help take care of them and socialize them! Sara loves to show our dogs, but unfortunately lately we attend less shows ourselves as Francesco is busy almost every weekend with his judging commitments. Together, Sofia and I have passion for horses. Sofia is riding show jumping horses, and I have a dream of some day breeding a super show jumping horse! 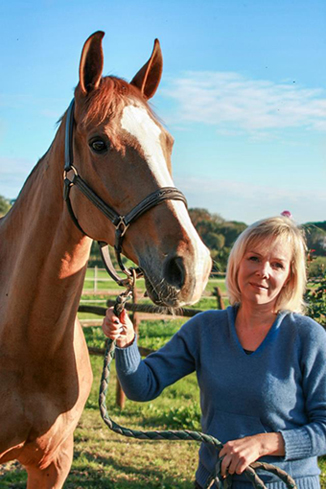 I was born into a dog family as my parents bred Poodles with the affix “Della Perla Grigia”. My father was also a judge, and from him I learned a lot.

My affix Di San Gimignano was recognized by the Italian Kennel Club in the end of 80′s. San Gimignano is a beautiful medieval town in Toscana. At that time I bred Poodles, and the lines came from England - from Kennel Tiopepi. From this kennel, of Mrs. and Mr. Coxall, came also many of my parents dogs. My first dog was a black miniature female Poodle, Ch. Tiopepi Jamila. If I remember right she arrived to me year 1980 after a visit at the breeder and Crufts Dog Show. I never bred her because at that time there were not good black miniature males in Italy.

In 1994 I met my future wife, Tuula Lehtinen-Cochetti, when judging her dogs at a show in Italy. I appreciated her dogs, so sound in constructions and with lovely characters. After some time she, and the Chihuahua, had captured me! Today I’m really proud to breed this wonderful breed with her.

In 2007 I decided to go back to Poodles. I bought some excellent specimens from Japan (Smash Kennel), from Russia (Gently Born kennel) and from Finland (Canmoy’s kennel). My goal will be to have the same success my parents had in the past - to breed beautiful and healthy Toys in white, red and black colours. Let's see what the future brings!

I am a FCI judge since 1992 and now an international All Breed judge, listed as a specialist in the Italian KC on the breeds Chihuahua and Poodle.  I am busy almost every weekend judging all over the world! 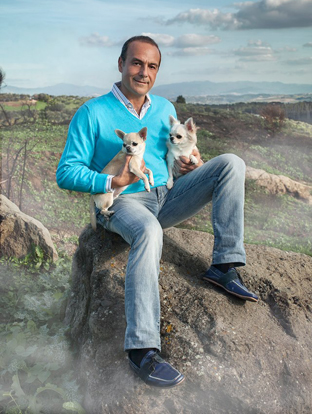 My affix “Di San Gimignano” was recognized by the Italian Kennel Club in the year 1984. At that time I bred Poodles, with lines came from England - Kennel Tiopepi. I began to breed and show Chihuahuas in 1996, and have won many Championship titles with my Chihuahuas, including World Winners 2000 and 2001.

I became a judge in year 1992, and my first breed was Poodles.

I am an international ALL BREED judge (http://www.fci.be), and listed in Italian Kennel Club (ENCI) as a specialist in the breeds I breed - Poodles and Chihuahuas.  I’m also a teacher of these breeds for new judges. I’m also breeding Jack Russell Terriers in a small scale as well.

Being a judge is not an easy task. People love you and speak good about you if they win otherwise, for them, you don’t understand anything. It’s really rare to find objective people. Of course, you can make mistakes but the principal thing is to be honest. I think it’s the main point to be a judge, and of course you must have a good eye for dogs too. 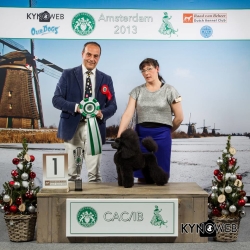 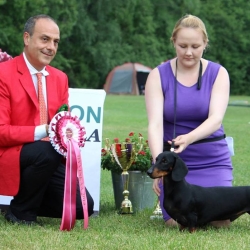 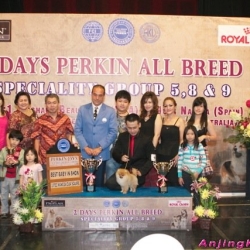 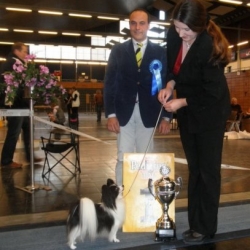 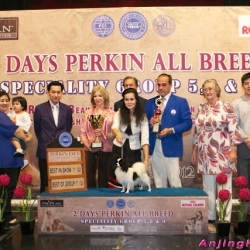 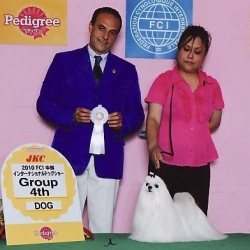 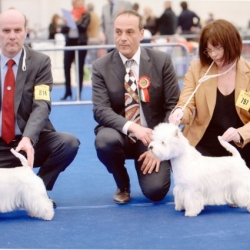 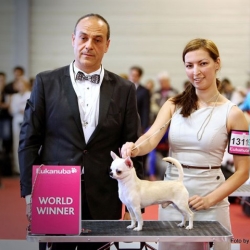 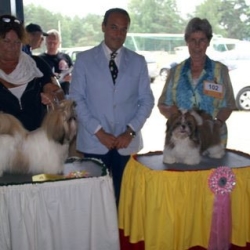 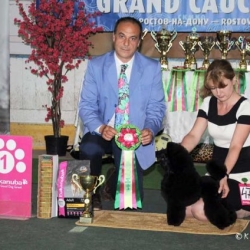 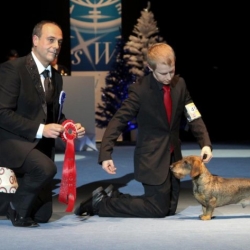